THE NUMBER OF guests at a wedding can increase from 50 to 100 from 5 August, the Cabinet agreed today.

The new rules form part of the gradual reopening of the hospitality which will also see baptisms resume from the same date. However, the religious element only will be permitted and not a gathering afterwards.

There are also no plans to resume Communions or Confirmations.

The timeline of weddings doubling in size in August was first announced a number of months ago but the increase in cases caused by the Delta variant of Covid-19 had put that timeline in doubt.

Last week, Tánaiste Leo Varadkar advised people to operate on the basis that 50 guests would be the maximum allowed in August.

Today, however, the government agreed that limit could increase to 100 guests, albeit after the August bank holiday weekend.

In a statement following today’s Cabinet meeting, the government highlighted the pace of the vaccination programme which now sees over 69% of adults fully vaccinated.

Guidance for weddings has been updated on the government’s Covid-19 website, noting that they can increase to 100 people from 5 August with the current protective measures remaining in place.

Discussing weddings Coveney said: “When we make changes to policy there needs to be a change in the regulation as well.

"So, Minister Donnelly will now work to produce clarity around everything from indoor, outdoor, music or not, reception numbers and so on, so that there’s clarity before the fifth, and that will be in a regulation to ensure that it’s law."

Earlier today Donnelly, the health minister, said that “good news” was on the way for couples preparing to get married.

The Cabinet meeting took place as a handful of women gathered in Dublin to call for the guest limit at wedding receptions to be increased.

The event was organised by the Wedding International Professionals Association (WIPA). In advance of the protest WIPA said that over 200 brides would attend the demonstration. However, only a handful attended on the day.

One of the protesting women, Ali O’Mara said the comments made by the government last week left them very disappointed and created more uncertainty.

"We had made plans, albeit with the knowledge that they still remained uncertain, and there was no news at all really from government in the last two months since that first comment was made, so it did take us by surprise."

“And it was undoubtedly very late in the day to be trying to revise your plans again,” she added.

WIPA, which is the trade association for the Irish wedding industry, has devised its own health and safety guidelines, containing over 50 recommendations on wedding safety.

It says the guidelines include information on every aspect of hosting a safe wedding, including specific guidance for photographers, venues, hotels, marquees, floor plans and transport providers.

“Our guidelines go far beyond the Government recommendations in order to kickstart the wedding sector in Ireland,” WIPA President, Tara Fay, said.

“There are thousands of people in this country whose livelihoods utterly depend on weddings and they need to know if they are going to have a job come September,” Fay concluded. 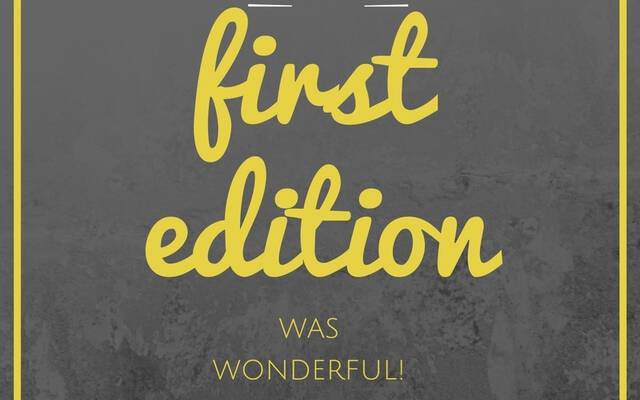 The first edition was wonderful!Here are some pics.😍The photo sessions were held in the charming city of Cork, famous for its busy social, cultural,...

We love summer! 💛The second edition of the Poetic Yellow project is getting started!It's free to take part! The photo shoot will be held at a beautiful...